The Trinity Desktop Environment development team is pleased to announce the immediate availability of the TDE R14.0.13 release. 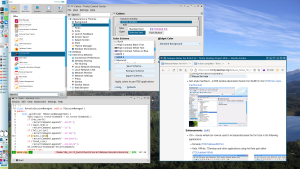 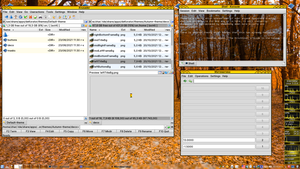 TDE is a free/libre lightweight desktop environment intended for computer users preferring a lean and efficient experience. It is available for various Linux distros, BSD and DilOS.
Low on system requirements, it is also an ideal choice for dated hardware, while still providing a fully usable desktop.
Born from the ashes of KDE 3.5.10 in 2010, TDE is a fully independent project with its own personality, community and development team.

This release comes with fixes for both CVE-2020-12755 (FISH protocol) and KMail's EFAIL vulnerabilities.
It adds Markdown support in Kate, a new window style (twin-style-machbunt), a new tdeioslave protocol to gather application information (tdeio-appinfo), several improvements to GUI interaction and a new SFTP tdeioslave based on libssh.
It also solves the issue with opening files from media:/ and system:/media/ URLs from non-TDE applications and is compatible with OpenSSL 3.0 API.

Refer to the links below for further details.


Go back to News